We are very excited to be bringing MixMaster music conference back to Crossroads Music Festival again this year!

11am: Branching Out: How to book regional and national tours

Artists will get tips from bookers and established touring artists as to how to begin to develop audiences in the region.

12 noon: Audience Development: How to Build your Fanbase

A panel of musicians and industry professionals will discuss how to build your audience and create meaningful relationships with fans and supporters to support your music career.

2pm: The Media: How to get people to write about your music

A panel of radio DJs and bloggers from the industry will share tips about getting music in front of the right ears for radio play, reviews and features

Bands and artists get a unique chance to hear industry experts react in real time to their latest demos.

Just a selection of some of the artists and industry experts you can connect with at MixMaster2018! 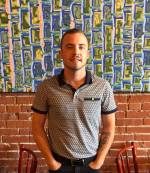 Shaun Crowley has been in the Kansas City music scene since he was 17 years old. He spent 6 years booking and playing with High Dive Records group Rev Gusto and now does the same for veteran group Momma’s Boy. After years of running diy basement venue, The Shawnee Manor, which hosted acts such as Hinds and Glass Animals, The Manor has now turned into Manor Records. Manor Records is a new diy record label that focuses on local cassette releases and throwing showcases featuring regional groups. Shaun also manages all things music at new to music venue, Voltaire, in the West Bottoms. 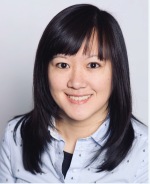 Michelle Bacon is one of the strongest advocates for Kansas City’s vibrant music community. As a content writer at 90.9 The Bridge, she promotes local music discovery, reports topics relevant to the community and engages diverse voices. She has also worked as a contributing writer for The Kansas City Star and Ink, editor of The Deli Magazine—Kansas City, and an acting band manager. Michelle is currently a copy and grant writer at Midwest Music Foundation, an independent music publicist, and an active musician with a number of local and touring bands.

The KC Star and INK / 90.9 The Bridge: Eight One Sixty host / Middle of the Map Fest

Chris Haghirian has worked for The KC Star for 19 years and helped launch INK in April of 2008 where he puts together music promotions, and organizes music for Boulevardia, The Plaza Art Fair, and Wednesday “Winsday” home game concerts at Kauffman Stadium for the Kansas City Royals. Chris is the host, with Sarah Bradshaw, of Eight One Sixty, heard Tuesday nights at 6:00 pm, on 90.9 The Bridge. – written by Mark Manning

Emily works for Mammoth as a talent buyer, booking clubs and small theaters, and has also worked in their marketing and administrative departments.  Prior to Mammoth, Emily interned with KMXV Mix 93.3, and became their online music blogger and occasional guest on the morning show.

Unapologetically a fanboy, I really want to hear your bands latest demo. Having zero musical talent has led me down a path of writing album reviews, crafting PR campaigns around album releases, booking and promoting, and eating more chicken wings than is probably recommended.

Savanna was raised by musicians and had a few stints in bands before she realized her calling was as a curator of music rather than a creator. Savanna started online music magazine Playlistplay with her husband Nick in 2015. The couple then launched music festival search engine Guestlist in 2018 after attending numerous festivals in The US and UK.

Katy Guillen and The Girls

Through years of education and exploration, Katy Guillen has established a noteworthy music career.  Her versatility as a blues, flamenco, rock and folk musician has distinguished her as a commanding guitarist and an engaging songwriter.  For the last six years, she has led Katy Guillen & the Girls — an acclaimed trio that has extensively traveled the United States, performed at the International Montreal Jazz Festival, toured Sweden, and supported acts like The Doobie Brothers, Robin Trower and Heartless Bastards.

When I was 19, I jumped in a van with a bunch of friends to help them with their first tour and the rest is history! I’ve tour managed for local, regional, and national bands from short stints to long runs across the U.S. I recently decided to take a break from touring and accepted a position as Production and Venue Manager at The Truman. As a woman in the music industry, I think it’s important to get out there and fight for what you’re passionate about and this is my passion.

Leah Watts currently holds the position as the Executive Assistant & Special Projects Manager at Folk Alliance International where she coordinates the LJM Music Camp, Community Outreach, Webinar Programming, and more. Outside of FAI, Leah Watts is a singer/songwriter who has had the honor of performing the National Anthem at several KC Royals & Sporting KC games, and is a co-founder of the non-profit organization Women on the Rise.

Lennon is a professional producer, musician, mix engineer and music business coach. His writing and playing have been heard on major motion pictures and television networks such as MTV, CBS, NBC and the Travel Channel. He’s written, performed and collaborated with K. Flay, Ha Ha Tonka, Madisen Ward and the Momma Bear and members of MS MR and Lucius to name a few and spent 10 years touring over 15 countries while playing major festivals like Austin City Limits, Lollapalooza and SXSW. 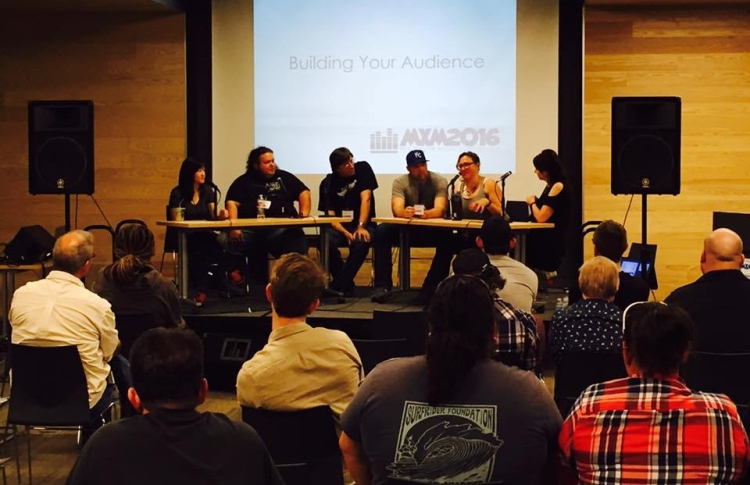