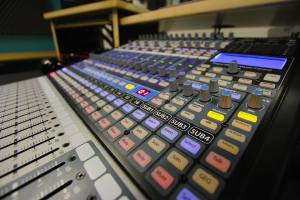 We are very excited to be adding a new element to MixMaster2015, with Production Workshops taking place at Lawrence Public Library‘s fantastic Sound+Vision Studio.

A lot of MXM2015 is about the business of the music industry – legal and copyright issues, artist management, booking and promotions. As well as this side of the industry, we also want to address the DIY nature of recording and music production. Now, with the world-class facility at the Lawrence Public Library, local musicians have an amazing tool at their fingertips – and best of all, it’s free with a LPL Library Card!

So, on Friday May 1st, from 9.30am – 5pm, we will be offering a chance to share the control room with some of Lawrence’s best local music producers. You’ll hear about the production approach, pre-production processes and overall aesthetics from producers across a wide variety of genres and styles.

Sign up is available now through the Doodle calendar form: https://doodle.com/zz24922cgc8gb63z

**NOTE: Sign-up is limited to two workshops only, with a maximum of 8 spaces.
DO NOT SIGN UP FOR MORE THAN TWO WORKSHOPS.
Any bookings for more than two slots will be removed, and you may lose you spot for any workshops.**

More about the Producers:

A Mississippi native, Jim moved to Lawrence in 2009 and has been producing music professionally for 15 years.  Notable as the drummer/producer for the Lawrence/Kansas City based band Hembree, formerly known as Quiet Corral, he has recorded and mixed many area artists as well as others from around the nation.  At home in genres ranging from folk to indie rock to radio pop, whether producing an album from the ground up or specializing as a mix engineer, Jim enjoys helping fellow musicians achieve the sound they’re after.

Mike West began performing and recording in the 1980s in Manchester, England, where he toured with Indie-Pop groups such as James and Inspiral Carpets. In 1995 he emigrated to the U.S. and began forging a career as a singer-songwriter and producer in New Orleans. There he received a Big Easy Award for Best Folk Artist and several Best of the Beat Awards from Off-Beat Magazine. In 2005 he moved the studio to the midwest music mecca of Lawrence, Kansas, where he has built a reputation as a skilled engineer, creative arranger and fine multi-instrumentalist. Mike also performs with popular Alt Country act, Truckstop Honeymoon. He writes and illustrates children’s books and lives in Lawrence with his wife, four children, three chickens and a dog. 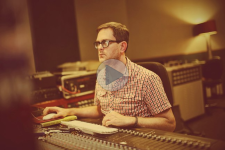 Rose held an interest in sound recording in his high school years, which was nurtured by his family. One year he got a Fostex X-15 recorder for Christmas. The next year he moved up to a Fostex 250, which he still uses. His interest in sound recording continued to grow, and he decided to attend the Full Sail Center for the Recording Arts. He interned at Studio 55 in Los Angeles. After an ownership change, he left Studio 55 and tried freelancing for six months. However, he found himself doing more technical setup than engineering, so he moved to Lawrence, Kansas in 1991 to attend The University of Kansas to get a degree in electrical engineering. He was soon approached by a friend who asked him to record a demo for his band. They recorded at Redhouse Recording. He enjoyed working there, so the owners offered him a job. His first session recording was with a local band called Slackjaw. The members of the band took a liking to Rose, so they began spreading the word and helping him get work. A year later, he dropped out from school and became a full-time partner in the studio. 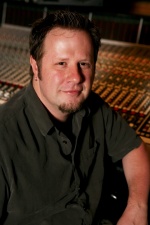 Robert Rebeck began engineering professionally in 1993 in Lawrence at the now defunct Mercy Record Studio and has worked for Chapman Recording since 2001. Robert also has done some freelance work at other area studios including Blacklodge Recording in Eudora. Robert has been a musician for most of his life and brings that to his recording sessions as well as creates music for some artists he is working with.